I've been to one school in Haarlem: Public Elementary School "De Piramide Meerwijk". I had to double 4th year and left early due to the move to Delft.
I finished Elementary school in March of 2004 in Delft at the "5 mei Daltonschool".

After my first summerbreak in Delft, in which I learned the city, I went to the Grotius College, Juniusstraat. I started a HAVO/VWO first year, after which I doubled HAVO year 2, to finally get my VMBO-T Diploma in 2009 via VMBO-T years 3 and 4. My exams were for Dutch, English, Maths, Physics, Chemistry and Economics.

Staight after I started the course "Application Developer" at the ID College in Zoetermeer. I left this course prematurely, before the summer break in 2010.
After this (Feb. 2012) I started the same course at a different school, Zadkine College in Rotterdam. Here too I didn't feel like I was where I was supposed to be and left that August. Giving them another shot first day of 2013, which didn't pan out either. (Leaving again before the summer holidays 2013).
Between my two attempts at the Zadkine College I took a course at EdX, the 6.00x by MITx: "Introduction to Computer Science and Programming". This course I did finish succesfully, as can be seen here.
Lastly I tried MBO again, this time a course specifically for Media and Game Development at the GLR in Rotterdam. This also didn't turn out too well as my personal situation forced me to focus on family between October 2016 and February, causing me to miss too many classes.

I started my career as a Deliveryboy in 2006, at "Netwerk VSP". I quit this after about a year and a half.
I started working again a few years later, on the 2nd of December 2009, as a Saturdaypostman at TNT Post (now PostNL). Although the title suggests I only worked saturdays, due to lack of school I helped out on Wednesdays and Fridays as well.
The 1st of August 2017 I started working as a Contact Center Agent for Teleperformance Benelux, this lasted until the 28th of February when I was informed they didn't want to extend the contract.

On the 2nd of May 2018 I made the bold decision to accept a job in the UK. This meant that I had to have a place to live and my stuff packed and shipping by May 17th. A very hectic two weeks, but I made it. Employed by BPA Quality as a Quality Evaluation Analyst for a year and a half, putting those many months of video gaming with international friends to use by using the English language daily. I left this job to later on join Devon Doctors to go back to my callcenter calling, handling the out-of-hours workload on 111 (UK's non-emergency medical advise phone number). Unfortunately this temporary contract has since ended.

Due to COVID, my then partner and I decided to move to France and live with her parents. Here I started my own tech support company called Fix'M.

That relationship has since ended and I've moved back to the Netherlands where I started work as a Traffic Controller at ABR Group. 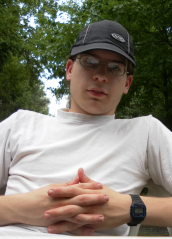